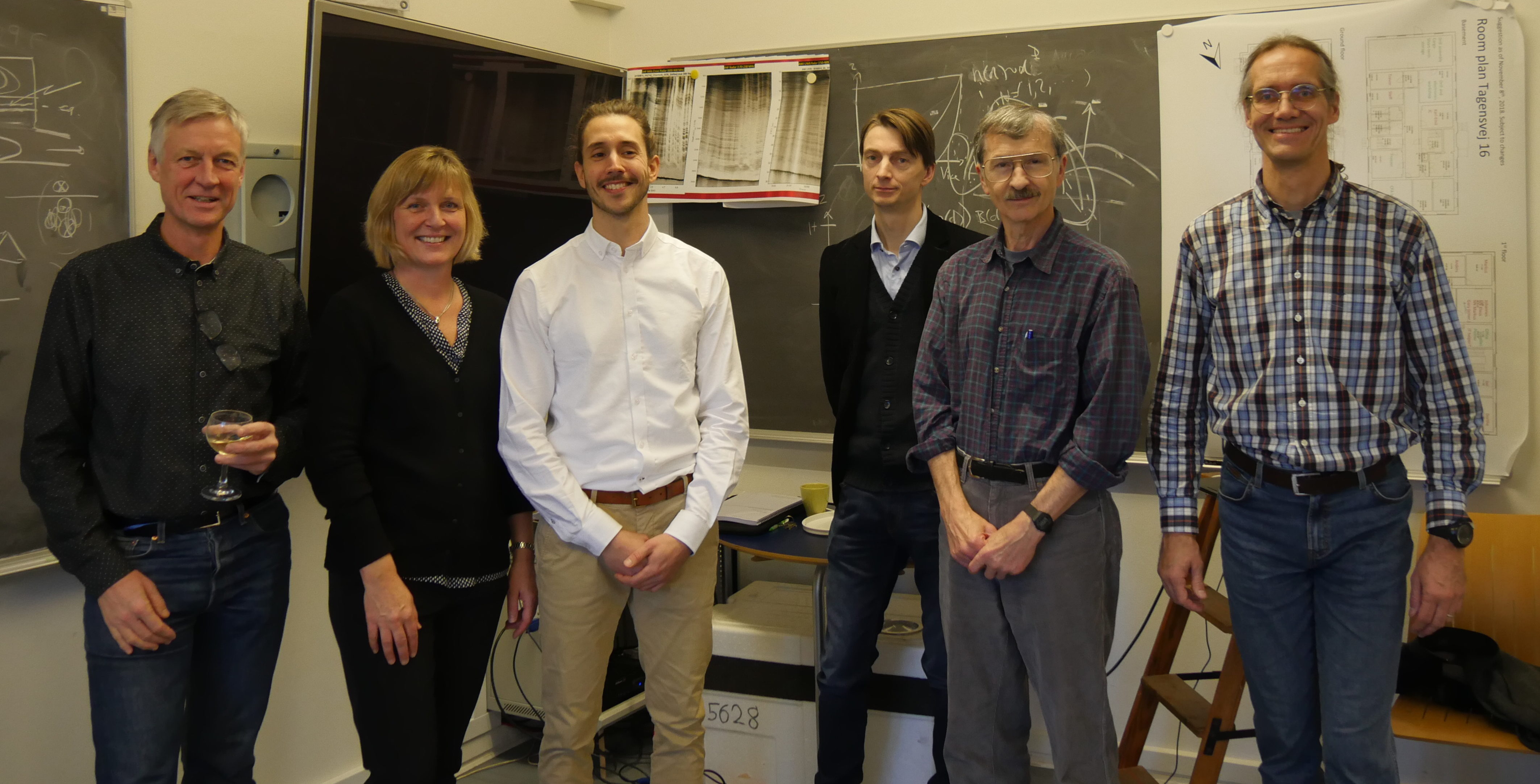 Title and abstract of the PhD thesis:

Abstract: Nonlinear fluid motion occurs naturally in central components of the climate system. Studying such motion is instrumental for improving the accuracy and realism of models of climate components, which has important implications for future climate projections. This thesis presents four studies on the topic of nonlinear fluid dynamics addressing two subjects: the dynamics of ice sheet deformation and the dynamics of the turbulent energy cascade.

The first study investigates the controlling mechanisms of the observed 2016 seasonal speed-up of Zachariae and Nioghalvfjerdsfjorden outlet glaciers in northeast Greenland, which drain a significant part of the Greenland ice sheet. From surface imagery made available by the newest generation of satellites, state-of-theart velocity maps are derived, and the timings of processes potentially impacting the speed-up are estimated. By combining observations with numerical modelling, it is shown that the subglacial environment exerts an important control over the ice discharge rate of the region, which has implications for estimating the region’s contribution to near-term sea level rise.

The second study investigates the influence of strong single-maximum fabrics on the transient deformation of internal layers within ice sheets. By using a new Lagrangian numerical ice flow model, it is shown that discrete, strong single maximum layers — which may account for suppressed shearing along nonbasal crystallographic planes — are a plausible candidate for explaining the disturbed flow observed from ice-penetrating radar transects. The results have potential implications for interpreting ice-core stratigraphies and chronologies, as well as understanding of how internal disturbances might influence surrounding flow fields.

The third and fourth study address the origin of the transfer direction of kinetic energy between scales of motion (upscale/downscale) in fully developed turbulence using the spectral-helical decomposition of the velocity field. In this decomposition, the nonlinear term in the Navier–Stokes equation becomes to a sum over eight distinct types of three-wave interactions. In the third study, a simple model (a shell model) is introduced to investigate the behaviour of the eight types of nonlinear interactions, which is compared to a linear stability analysis, finding a fair agreement. In the fourth study, a subset of the three-wave interactions are shown to conserve a new positive-definite quadratic quantity in addition to kinetic energy, which cause the interactions to contribute to a reverse transfer of energy in three dimensions (small to large scales) in analogy to two-dimensional turbulence. Understanding the energy transfer directionality, and possible ties between two- and three-dimensional turbulence, has implications for geophysical flows such as the free atmosphere and oceans where vertical motion in many places is suppressed, thereby affecting predictability time scales and the transport of energy and momentum in climate.